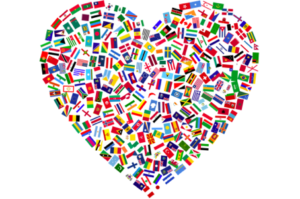 A 2018 report by the Race Equality Foundation concluded the following key messages regarding race, cancer and inequality:

In 2015, the National Cancer Intelligence Network (NCIN) found that people from BAME communities have higher rates of myeloma and stomach cancer. They also reported males from the BAME group have higher rates of prostate cancer. Furthermore, liver cancer is highest among people from Asian ethnic groups compared with the white ethnic group, as are mouth cancer in females and cervical cancer in the over 65s.

There are some clear connections between behaviours and the prevalence of certain cancers. For example, the chewing of areca nut and chewing tobacco is associated with increased risk of developing oesophageal squamous cell carcinoma and has been found to be more common practice in Bangladeshi women than it is for individuals from other ethnic groups.

Moreover, a 2014 study found that the British White population were more likely to attend breast cancer screening than the BAME population. Big differences in attendance were found in South East and North London where Bangladeshi women had low levels of uptake compared to White British and other groups.

It is vitally important that the prevalence and experiences of cancer in BAME groups is properly understood. Yet, this understanding is hindered by lacking data relating to these communities.

In recent years, the identification of ethnicity within Hospital Episode Statistics (HES) data has improved, with a newly developed system of linking cancer registrations with other information such as admitted care and outpatient attendance. However, issues regarding the completeness of ethnicity in HES data remains. For example, a 2013 study found there is a miscoding of up to 35% of ethnicity data of all patients who self-report. Furthermore, for cancer registrations for some NHS trusts, six were identified as having less than half of the ethnic data for their patients.

There is a lack of health education surrounding cancer amongst BAME communities as well as limited awareness of available support services. There is also a poor understanding of the needs of BAME groups amongst health care professionals, somewhat fuelled by limited cultural competence education in cancer awareness.

It has been argued that diversity needs to be embedded into the design and provision of cancer services.

Delays in entering the cancer care system result in a delayed diagnosis and consequently delayed treatment. A common reason for delay in a patient seeking help is being unable to recognise symptoms as possible cancer. People who are unable to recognise the early symptoms of cancer are more likely to wait longer than 2 weeks before visiting their GP. People from BAME groups, as well as older people, men and the less educated, have been found to be less likely to recognise cancer warning signs such as a persistent cough.

Another factor is a delay in referral, the majority of which are made to secondary care by GPs. The Cancer Patient Experience Surveys have shown that patients from BAME backgrounds are more likely than white patients to have a delayed referral to secondary care.

There is a lack of focus, priority and urgency on the cancer needs of BAME populations in NHS policy and within data collection.

A crucial starting point to ensure that cancer care for BAME populations is given special attention within the NHS is in developing policies that address issues affecting this population.

Despite these shortcomings, there are numerous examples of best practice, often led by the charitable sector.

Patient advocates have been found to improve patient experience of cancer care. The quality of advocates matter to the impact they have on patient experience and those with good interpersonal skills, well matched with the patients’, can improve knowledge and understanding of the illness.

A further factor to consider is the lack of consensus of who is part of an ethnic group. Ethnic categorisations have undergone several modifications due to the changing nature of ethnic identification, apart from the category defined as “white” which is seen as the ethnic majority and assumed to be white, of British origin and English speaking. Yet, because of this approach, other “white” groups, such as the Irish, are not classified as a distinct group, leading to their invisibility in the data. Much smaller groups of people are also often missed out.

The role of the GP – Race, Cancer and Inequality

It is important that GPs are aware of the inequalities which still exist surrounding race and cancer. As often the first point of contact for cancer patients, GPs play a vital role in the reduction of these inequalities; particularly surrounding reducing delays in referral to secondary care for treatment, and increasing awareness together with health education regarding cancer symptoms and available support services for BAME communities. The C the Signs tool can support GPs in all these areas; supporting GPs to refer all patients with the early signs and symptoms of cancer, regardless of ethnic background, as well as signpost GPs to available support services and patient information for BAME communities.