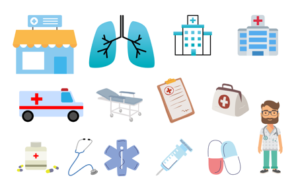 The HSJ recently published an article with details of leaked data from mid-September which shows that almost 6,400 people waited more than 100 days following a referral to cancer services from the start of August.

During the first wave of Covid-19 in the spring, a significant number of cancer tests, investigations, referrals and treatments were delayed and paused. NHS England and Improvement publish the waiting times for patients who have since been treated for their cancer. However, the number of people awaiting a test, the outcome of a test or for treatment is not published as standard. The HSJ has released that the total number of people on the cancer waiting list increased significantly from 50,000 to 58,000 between the beginning of August and mid-September.

Moreover, of the 6,400 people who were waiting more than 104 days following a referral, 472 had already been diagnosed with cancer and were awaiting treatment. However, within the NHS recovery plan in the recent ‘phase three’ letter from NHS England, meeting the 104 day target was one of the priorities. And it is a positive sign that the number of people waiting 104 days reduced by around 40% (from 10,500 to 6,400) from the start of August to mid-September.

Furthermore, the impact Covid-19 has had on cancer waiting lists has varied across the country, mirroring the severity of Covid-19 in the areas. For example, the North East and Yorkshire and London regions had the most people waiting more than 104 days following a cancer referral, whilst the South West appears to be the least impacted.

It is important to include however that NHS England report that over four-fifths of cancer treatments continued and more than 200,000 people received cancer care during the first Covid-19 peak.

The sobering truth is the delays in diagnosis and treatments already stored up in the system could result in tens of thousands of excess deaths over the next few years. Moreover, the number of patients treated on the 62-day cancer pathway between April and July is down from 56,000 to 41,000 this year compared to last year and the number of people waiting more than 104 days for treatment increased from 2,900 to 3,400.

The Role of C the Signs

During the first peak of the coronavirus pandemic, C the Signs added Covid-19 related features to the tool to support GPs. For example, embedding the new Covid-19 referral forms within the tool which are pre-populated, updated centrally and in real-time. As well as this, a new deferral page on the practice safety-netting dashboard has been added. This enables GPs to defer patients following risk assessment due to shielding, Covid-19 status or lack of access to services. This then makes it easier for practices to track patients and action tests and referrals at a later date, in turn reducing delays to diagnosis and treatment.

As we enter a second national lockdown and the second wave of Covid-19 emerges, we will continue to support GP practices to limit any further delays to cancer diagnosis and treatment. And we sincerely hope that the public feel able to access the NHS for support and care if they are worried about any possible cancer symptoms during the upcoming lockdown, and beyond.